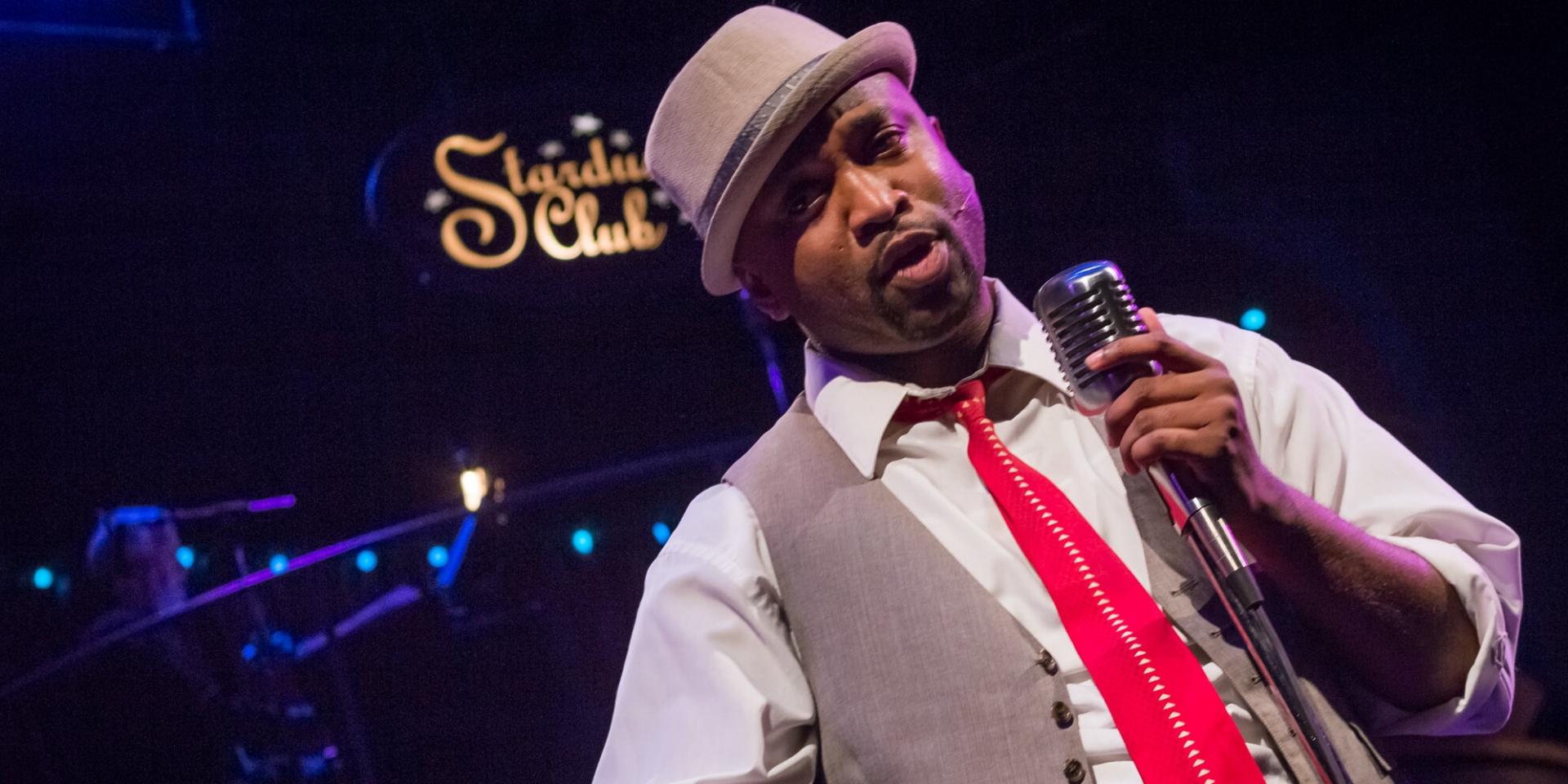 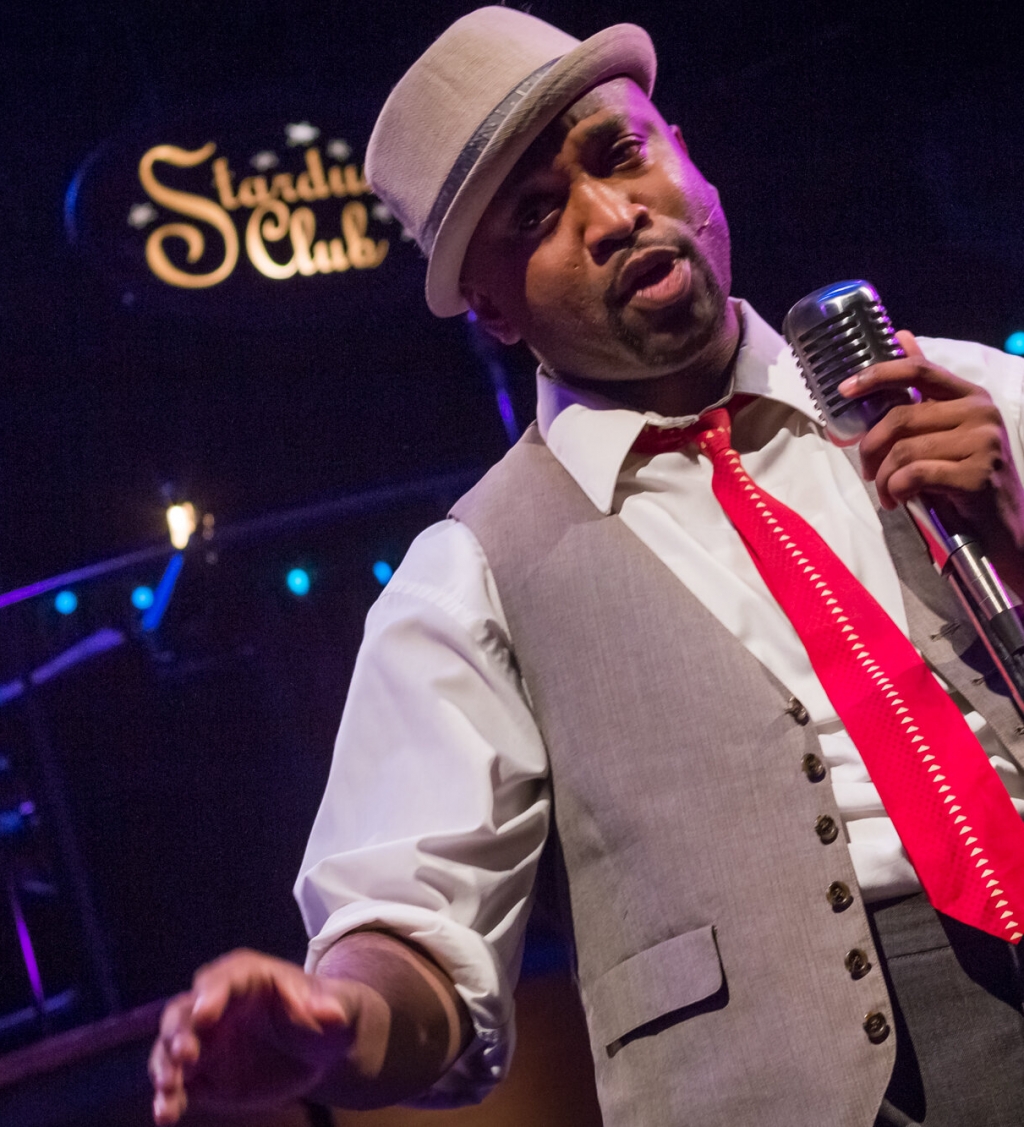 This production kicks off Harlequin’s 25th anniversary season. It is the 20th installment of the company’s highly popular tradition of original musicals set in the Stardust Club in Manhattan, celebrating the spirit of the season with song, dance, and laughter.

It’s December 1959 and the Stardust gang is frantically rehearsing for a highly visible benefit performance. Their new baritone, Desmond Manderson, is a likable, unassuming Brit who impresses everyone with his skills. But surprise! His Father, the eighth Baron of Fentonshire, shows up at the club insisting that his son return home immediately to claim his responsibities and title as the 9th Baron. To make their benefit date, the gang lures Lord Manderson into their show, while family secrets unfold and a valuable family artifact hangs in the balance. Featuring a vast array of toe-tapping music and dance from an era when pop music included crooners, jazz, blues, country western and the good old golden age of rock’n’roll.

General $49 • Senior/Military $45 • Student/Youth $25 View our Seating Chart, or learn about Rush Tickets, Pay What You Can, Pride Night or Ladies' Night Out.