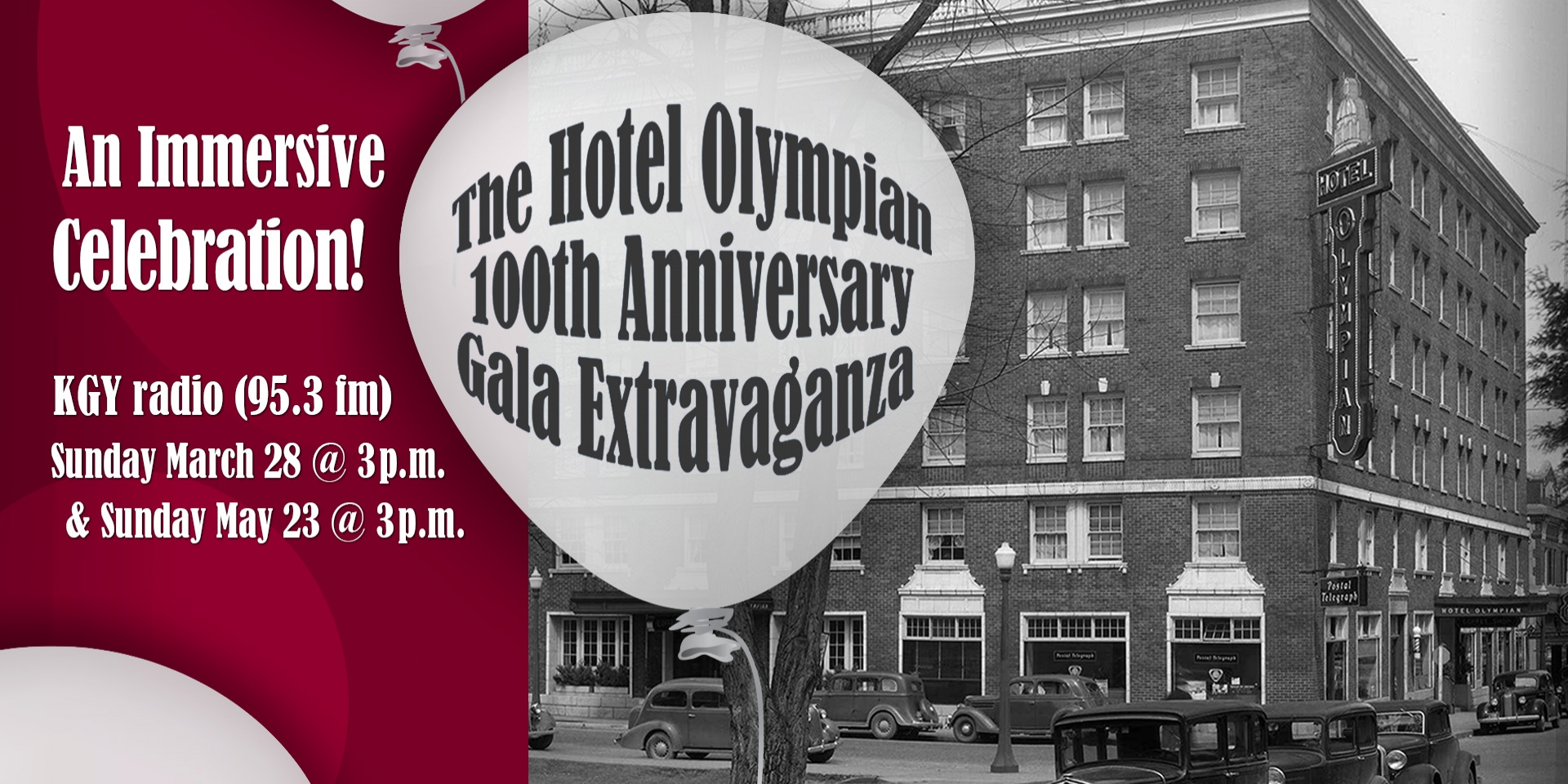 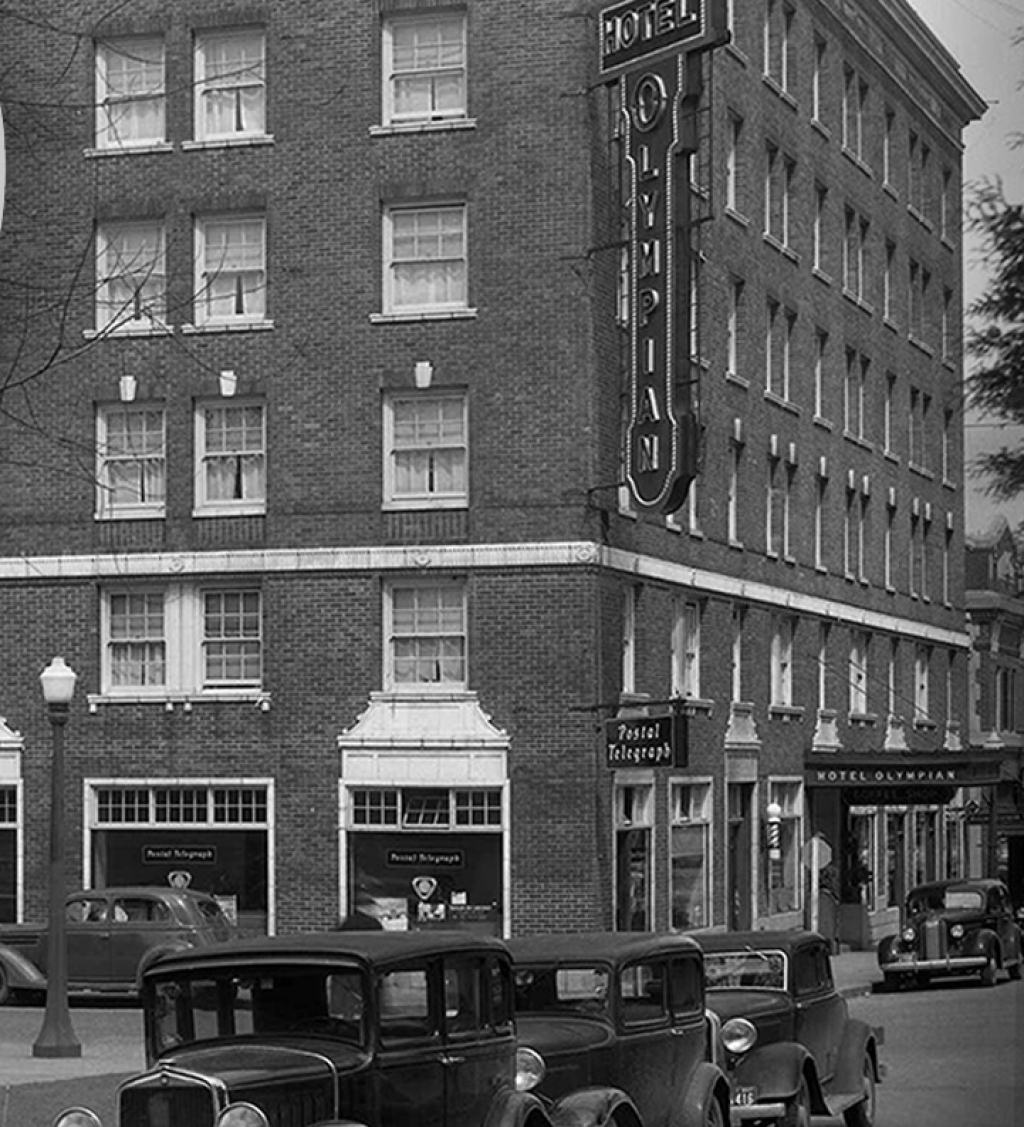 The Northwest Playwrights Alliance & KGY present a recreation of the July 1920 opening night festivities for the Hotel Olympian – “The Hotel that Saved Our Capitol.”  After a devastating fire destroyed Olympia’s largest hotel, Olympia lacked proper accommodations to house Legislators, lobbyists and visitors.  The lack of a first-class hotel was used as a club against Olympia in attempts to move the Capitol to Seattle or, heaven forbid, Tacoma.  Plans for a new hotel were delayed by World War I, the Spanish Influenza and a faltering economy.  Just when it appeared our Capitol would be lost, over 150 private citizens pooled their resources (over $320,000) to build a “world class hotel.”  The Hotel Olympian was instantaneously the political hub and social center of Olympia. It’s been said that more bills were passed in the Hotel than in the adjacent Capitol. This one-hour recreation of the Opening Night Gala & Dance features a small orchestra, ten songs, a love story, and speeches from the major players who spoke at the original ceremony.

The production was recorded (socially distanced, of course) at Olympia Family Theater.

Photos from the Recording Session

“Hotel Olympian 100th Anniversary Grand Gala Extravaganza” is produced by Northwest Playwrights Alliance and KGY. Harlequin Productions is not a producer of this work.