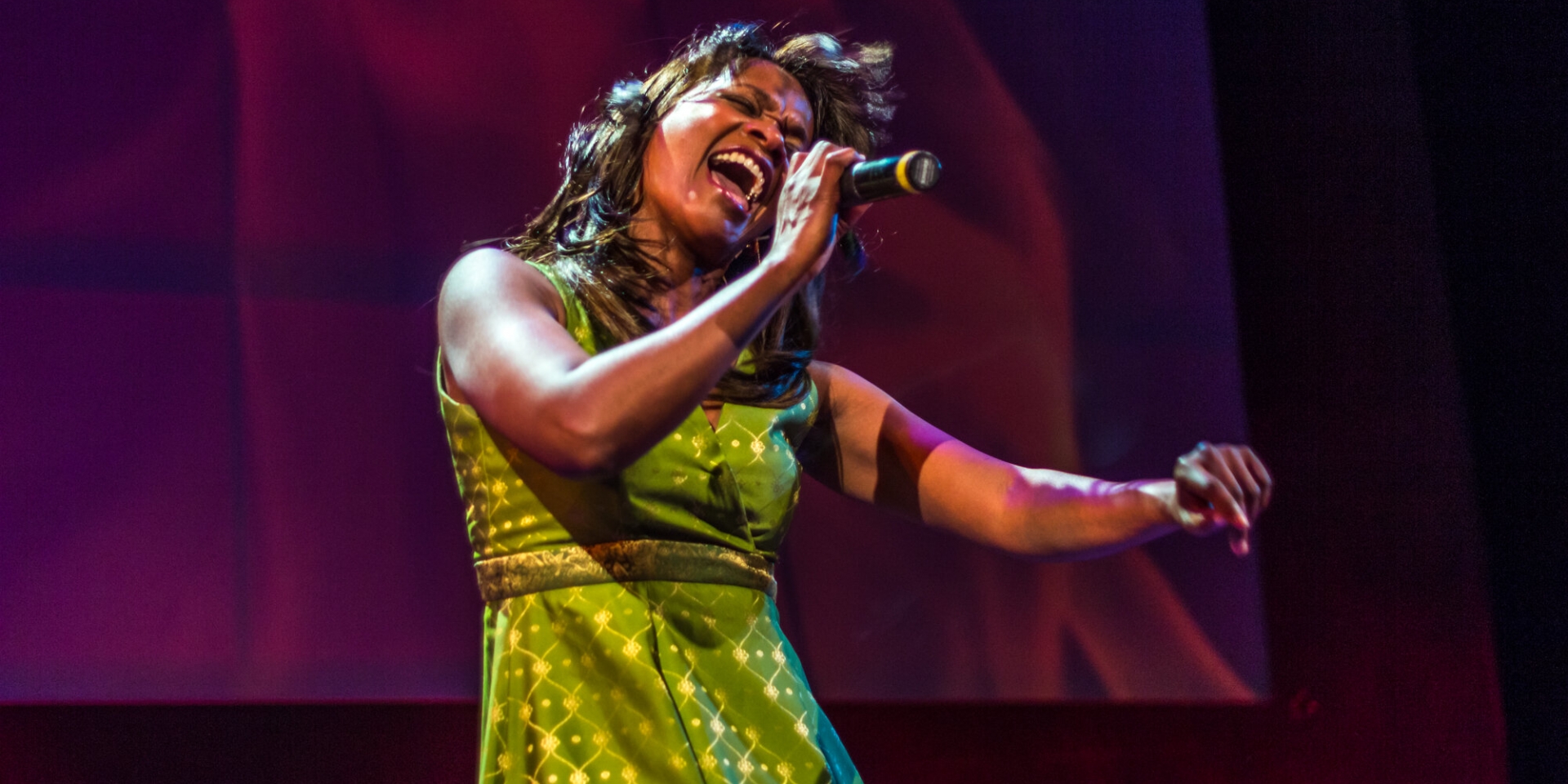 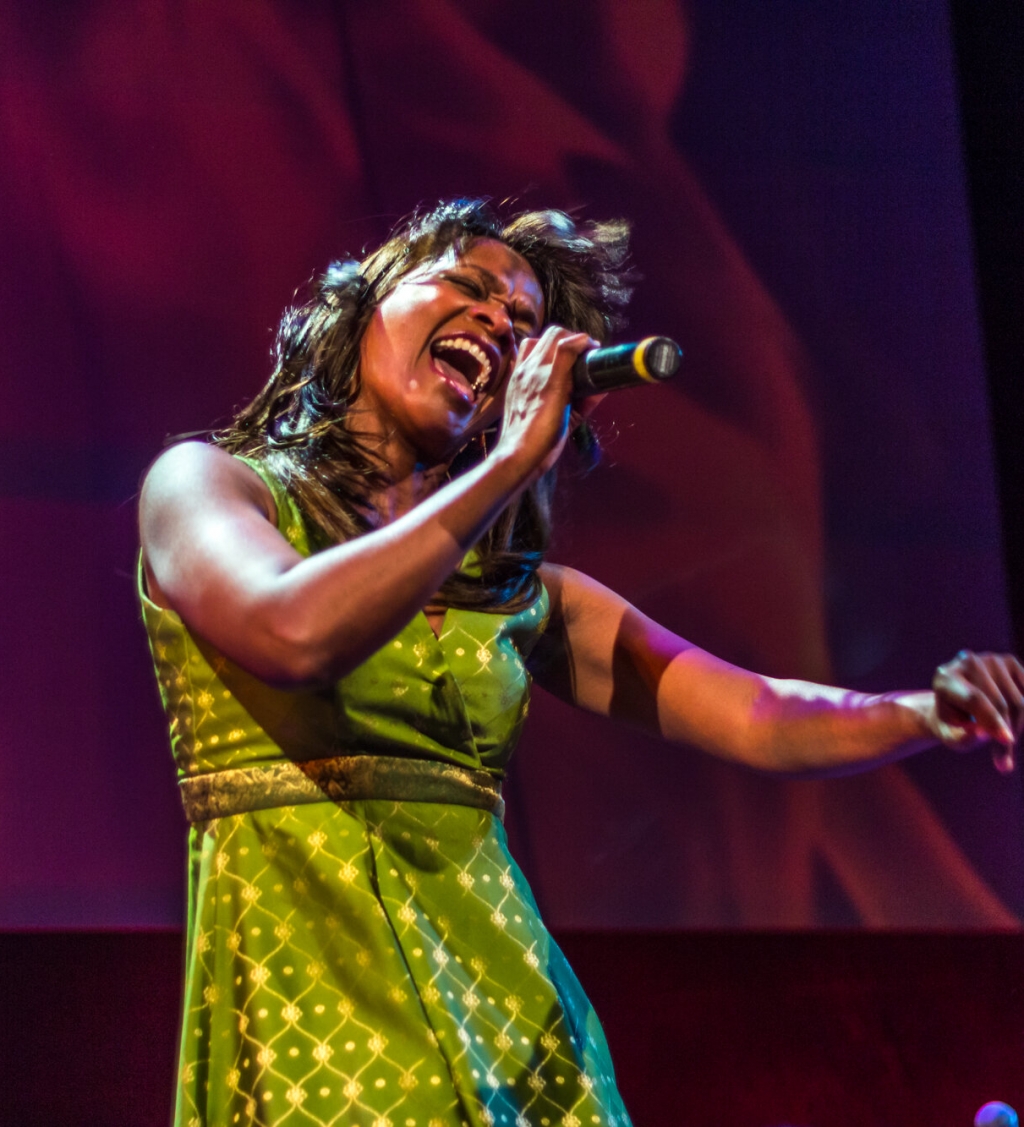 A group of five people—James L. This, Scot Whitney, Linda Whitney, Phil Annis and Ronna Smith—got together in 1991 and decided that they wanted to produce a more challenging style of theater than was available locally. We wrote our mission statement, pooled our start-up capital—a whopping $400 cash—and began producing individual shows at the Washington Center Stage II, a “black box” venue that seated about 100.

Our first season included two one-acts Ten Seconds in the Life of Fenwick Green and Letters From Waldo) by Bryan Willis, two more one-acts (The Dumb Waiter and Zoo Story) by Pinter and Albee, Talking With, Reckless, and a staged reading of a new play by Nancy Sigafoos. At the end of the first year, Harlequin Productions had produced seven challenging plays and was still in the black, based entirely on single ticket sales and a few modest donations. Season subscriptions were offered in 1992 and 85 die-hard fans signed on.

So far, the shows had been small and affordable. In its second season Harlequin took on an enormous (and enormously popular) production of Hamlet, staged with a Japanese motif on a 20 foot motorized revolve with a cast of 18, original score, and elaborate fights and dance. Hamlet redefined the direction of the company. Who cared if shows of that magnitude overtaxed our resources? They were fun! And no matter how we tried to rein people in, everyone involved was champing at the bit to make the next production even better than the last. The company also enjoyed a successful Christmas production with The 1940s Radio Hour.

In year three, we doubled our subscriber base and sold out a second ’40s Christmas show, The Holiday Broadcast of 1943 by Jim Giancarlo. Another non-traditional Shakespeare production, The Two Gentlemen of Verona, put Speed on roller skates and a vast jewel-box of a set on wheels. At the end of year three, Harlequin was paying actors and technicians and was still in the black. In season four the company produced the world premiere of a new opera, Billy, by Tim Brock and Bryan Willis, and wrote, produced and sold out the first in its series of Stardust holiday shows (A Stardust Christmas), as well as a radical re-imagining of Richard Sharp’s Dracula, all of which worked to raise the bar for the company and the expectations of the audience. By this time it was becoming clear that Harlequin Productions was outgrowing its black box space in the Washington Center and would soon need to find a home of its own.

In season five we upset a few people with The Baltimore Waltz, sold out Stardust for Christmas, made the cover of Shakespeare Bulletin and created a major hit with our futuristic Cymbeline and delighted audiences with She Stoops to Conquor. It was a design spectacle, hilarious, and, like most of the other shows of the season, held over for additional performances but forced to close for lack of available dates in the theater we were renting. Harlequin also took its production of Dracula to the Theater on the Square in Tacoma. it was a bigger, fancier venue, but we missed the intimacy of our space. At this time a building became available. The State Theater, which had started its life as one of the finest movie theaters on the west coast, had fallen on hard times during the “cineplexing” of America and was chopped into three ill-conceived shoebox theaters. Within a few years it became a neglected dollar movie house and was finally boarded up and abandoned in 1996.

The State Theater looked so bad by this time that we had few hopes. But the price was good. The owner was willing to sell. And when we had it inspected, it turned out that it was in superb structural condition. It just needed paint and TLC. And new electrical. And concessions stand and marquee. And carpet. (The seats were great!) And a stage and dressing rooms and restrooms and lighting and sound equipment and… and… and…. In the 96-97 (sixth) season we started off with A Man for All Seasons, then produced our third original episode in the Stardust series. Operation Stardust was so popular that we moved the entire production to a local high school for two weeks to accommodate demand. (Competition for dates in the Washington Center made extending impossible. We were REALLY needing our own space!) We then took on Tom Stoppard’s Arcadia–another huge undertaking and hit–then mounted our original Rock’n’Roll Twelfth Night with apologies to William Shakespeare) which sold out two weeks of extension and, again, was forced to close due to prior bookings in the space. With RR12N, we also launched our capital campaign to purchase and remodel the State Theater. We had precisely seventeen months to raise $1.3 million and remodel the theater. If we didn’t open the theater in time to open our holiday show, it would be “curtains” for Harlequin.

Three months after the campaign began, at the beginning or our seventh season, we purchased the State Theater. We were too busy to write a fourth Stardust episode, so we produced Seattle Rep’s Inspecting Carol. It was a hilarious hit, but it was already clear that we had begun a holiday tradition with Stardust, and our audience didn’t want to be let down. They’d forgive us once, but… The rest of our season was equally successful: a steamy A Streetcar Named Desire, a breathless production of Henry V with eight actors playing 38 roles on and around a “period” pageant wagon, David Hirson’s irreverent La Bete, and a rousing cabaret-style production of Pump Boys & Dinettes, featuring mounds of pah ‘n’ ahce cream at in’amission.

Believe it or not, though we had only seventeen months to do it, we managed to raise the money, purchase the State Theater, gut it, remodel it and open the theater. (We still can’t believe it. We had no idea what we were doing.) Seventeen months after beginning our capital campaign, we opened the doors on the beautifully remodeled State Theater. Suddenly we had a theater, a mortgage and a staff. Our budget jumped from $150,000 annually to $750,000. Our full-time staff increased from one to eight. To keep up with the bills and the building, we knew we had to increase income, so we planned to expand from a four-show season to a six-show, year-round season, but the first year we panicked and added two additional shows for a total of eight. And these were not small shows. It was as close as we ever came to failing as a result of driving all human beings involved to near collapse.

We were also operating our own box office for the first time, and it was trial by fire: brand new software, brand new staff, and an avalanche of ticket sales to deal with. The first two years were a scramble to figure out how to run a much different company. Luckily, our strong suit was production, and the vision and quality never flagged, despite the rocky seas behind the scenes.

Then… a bunch of years passed, during which no one has had the time to keep this up to date. But that’s how it started. And, in the words of Michael Palin–“We’re not dead yet!”

Join our team of 400+ volunteers who have fun and feel great about helping to support and create Real. Live. Theater.